Women’s History Month: The History of Women and the First Digital Computer

The first digital computer, the Electronic Numerical Integrator and Computer (ENIAC), was completed in 1946 during World War II, but the computing and algorithmic concepts used for the first computer have been around for over a hundred years by the first computer programmer, Ada Lovelace. Lovelace met Charles Babbage, an inventor and mathematician, in the mid-1800s. He asked her to write about his plans for an analytical engine that would be able to do complex mathematical calculations. Her article was published in 1843 which included her own ideas and notes for the engine. In the article, Ada explained how code could be created for the engine to handle letters, symbols, and numbers. She also introduced a method that would repeat a series of code instructions, this process is used in computer programming today, known as looping. Her ideas for Babbage’s analytical engine, credited Ada Lovelace for being the first computer programmer.

ENIAC needed mathematicians that could do the task of creating programs for the first digital computer. Since this work was considered exhausting and low paid, it was a “woman’s job.” Jean Jennings Bartik took on this job with five other women and they became known as the “ENIAC Girls.” After the war, the ENIAC Girls went to work with UNIVAC, the first computer designed for business and admiration use, where they met Navy Reservist Dr. Grace Hopper. Dr. Hopper wanted to make programming computers easier. She believed entering a multitude of numbers was complicated and inefficient. In 1959, she created a programming language with words instead of numbers called COBOL. COBOL is widely used today especially by financial institutions and governments. Dr. Grace Hopper is credited with creating one of the first high-level computer programming languages. 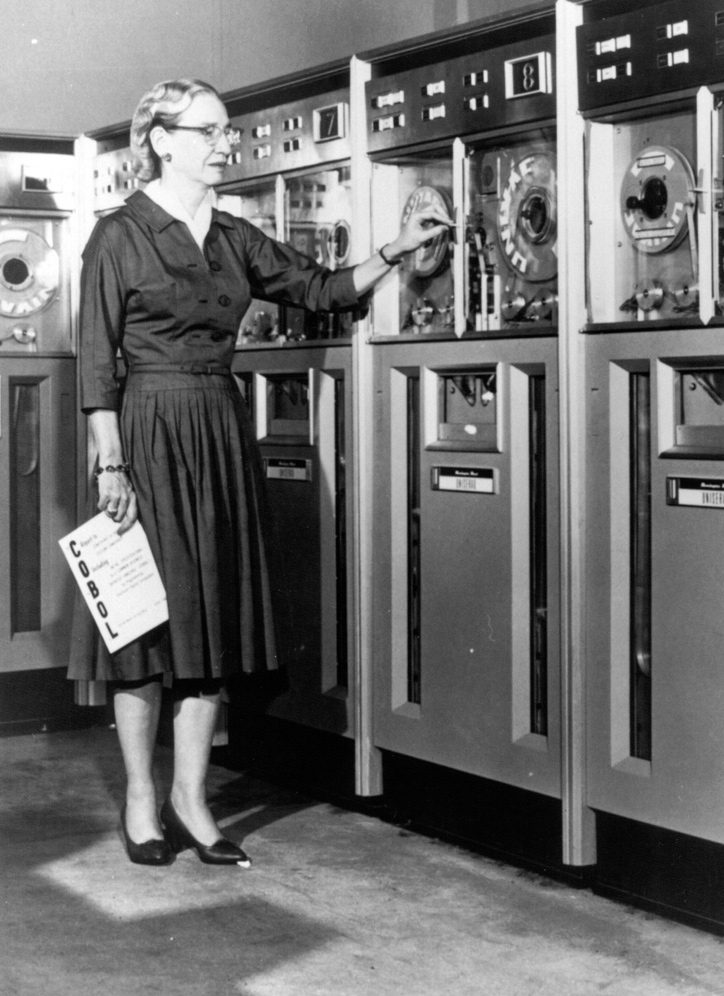 Women have been impacting the computing industry for over a hundred years before the first digital computer was completed. Recognized as the first computer programmer, Ada Lovelace is the foundation of the industry, and many women such as Jean Jennings Bartik and Dr. Grace Hopper, both of whom had major impacts on the first digital computer, continue to influence and enhance the computing industry.